How to setup Python 3 + Virtualenv + Django on DreamHost

I host my personal websites on DreamHost, but it was an ordeal setting up Django using Python 3 in a virtual Python environment. DreamHost's documentation don't really cover this particular permutation. So here's a quick how-to.

Firstly, a quick explainer on the end-goal of how web requests will be routed through the server.

DreamHost uses Apache to handle HTTP requests. We want to use Python to handle some requests, but use Apache to serve the static files (HTML, CSS, etc), as using Python for a general purpose server would not be performant enough. DreamHost recommends and prefers the use of Passenger to handle web requests for Python. Passenger was designed for Ruby, but can be used for Python as well.

Your user's web browser makes requests to your DreamHost's server. The server routes the requests to Passenger, which in turn routes them to your WSGI handler - which will be a Django Project in our case. If the WSGI handler doesn't handle the request, it gets routed back to the Apache to handle. For example requests for a static asset (i.e. an HTML or CSS file) would go to Passenger, not be handled, and then fall back to be handled by the web server. When Passenger is invoked, it will start up an instance of your Python code in a stand alone process for handling requests. This process will be kept alive for some time, and any further requests that come in for the next wee while will be serviced by this process. So your process may be re-used for multiple requests, but you can't guarantee that it will, as Passenger will shutdown your process after some time period of inactivity.

Passenger will by default start up the Python WSGI handler using the system default Python, which at the time of writing on my DreamHost server was still Python 2. In order to get Python 3 inside our virtualenv, we'll need to re-invoke with our virtualenv's Python 3 interpreter.

With that all said, let's dive into the specifics of setting this up.

From the DreamHost control panel, create a new domain website under Domains > Manage Domains. Make sure you turn on the "Enable Passenger" option, and follow the advice about the web directory ending in "public". Make a note of the username, password and server that you were assigned. I'm going to assume your Web Directory is www/public in the examples below.

I'll use the convention that anything that could vary based on your setup that you may need to change in the commands/config below will be in bold. For example the username that DreamHost assigns to your new domain, or the Web Directory.

Under Domains > SSL/TLS Certificates, select your new domain, and add a free Lets Encrypt certificate. This will mean you'll be able to use HTTPS on your site.

For convenience, I would then follow DreamHost's instructions to enable passwordless login via SSH keys. For me this was as simple as:

I also like to add the new domain as a Host mapping to the underlying server.dreamhost.com host to the domain name in my SSH config, so I can SSH simply with ssh your-domain.example.com without needing to remember the username. e.g. on your local machine add to ~/.ssh/config:

In your home directory, create a new Python3 virtualenv:

You should now have in your home directory subdirectories of env, app and www, for the virtualenv, Django project Python code, and static files respectively.

Before your Django project will function you need to run the initial migrations to setup the database.

Now to connect Passenger to you Django project via a WSGI handler.

In your ~/www folder, add a passenger_wsgi.py file with these contents:


Note: Replace the things highlighted in BOLD with the appropriate things for your username/app.
That is, replace dh_username with your username , and replace app with your project name, if you didn't use "app".

Open your ~/app/app/settings.py and add your site's domain name to the ALLOWED_HOSTS list.

We also need to configure the STATIC_ROOT. This is the path that Django collectstatic management command puts the static assets in. These are the CSS/JS files needed by the Django admin interface. These need to be in a subdirectory of your Web Directory, so Apache can serve them. So they need to be in a subdirectory of ~/www/public if you used "www/public" as the Web Directory when you setup the domain in the DreamHost control panel.

So add to your ~/app/app/settings.py after the definition of STATIC_URL:

Then build the static assets, and put them there.
$ python manage.py collectstatic

This will copy the static assets required by the Django admin interface into ~/www/public/static/ (assuming your STATIC_URL is the default of "/static/").

Your domain should almost be ready to respond to web requests. The final step is to let the Passenger handler know that your WSGI handler code has changed. Passenger monitors the timestamp on the ~/www/tmp/restart.txt file, and every time the timestamp changes it reloads the handler - your Django Python project.

To to make the web server notice your new handler code:

Now open your domain's index.html in your web browser. Hopefully if everything's working, you should see your placeholder index.html.

Now open your https://$YOUR_DOMAIN/admin in your web browser, and you should see the Django admin UI, complete with styles. 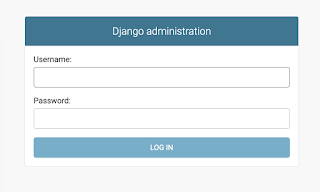 If you don't see the styles, it's likely your STATIC_ROOT or STATIC_URL isn't correct.

If you do see the Django admin, then you know that Django is working, and you can now start adding other views. Victory!

Note, before you publicise your size, you should turn off DEBUG=True in your project's settings.py!

Also be aware that every time you change your Python code, you need to touch ~/www/tmp/restart.txt, to tell Passenger to reload your Python code. Without this step, Passenger may not restart the already running WSGI handler, and so you'll end up running the old in-memory code, rather than the new code you just updated sitting on disk.

So as part of your deploy process, you need to ensure you touch ~/www/tmp/restart.txt.

Normal procedure these days is to put secrets in environment variables, but I couldn't figure out a satisfactory way to inject environment variables into the Passenger/WSGI process with DreamHost. So I stored the secrets (like the CSRF secret key, email login details) and settings that vary between production and development in a settings.json file which I keep in the ~/app/ dir. My settings.py loads this file, and there are fields in that file that control things that vary between my local dev environment and production. For example I have fields which control the value of DEBUG and ALLOWED_HOSTS, and on my dev machine the settings.json sets DEBUG=True and adds "localhost" to the ALLOWED_HOSTS. Whereas on production, these values should default to safe values. I don't commit my settings.json into my git repository, so that way I am not committing secrets.

So with that, you should now have a working Django project on DreamHost running Python 3 in a virtualenv!
Posted by Chris Pearce at Sunday, April 19, 2020 No comments: