On Saturday Mozilla sponsored the Auckland site of the New Zealand Programming Contest. We supplied t-shirts for the participants, competed in the competition, and we provided pizza for dinner afterwards. 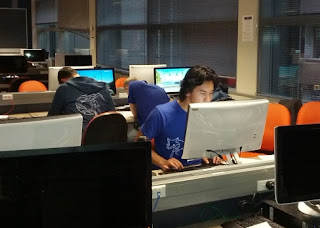 Word must have got out that we were giving away swag, as the contest had double the normal participants than usual, around 120 people, and we ran out of t-shirts!

I've been wanting to do this for a while. I learned a lot about coding during training for the programming contest while I was at university, so I think it's a great way to encourage the next generation to hone their skills.

We're also looking for interns to join us over the summer, so I also took the opportunity to make a plug for our 2013 Mozilla Auckland Internship intake. I think it's a good way to get targeted exposure to the types of people we want to hire too. 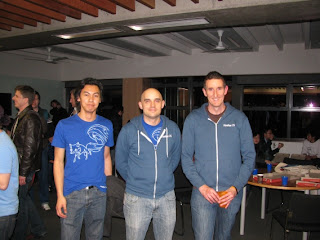 We did well in the competition too, largely thanks to Edwin Flores, who formerly represented Australasia at the ACM Programming Contest world finals a few years back. Go Team!